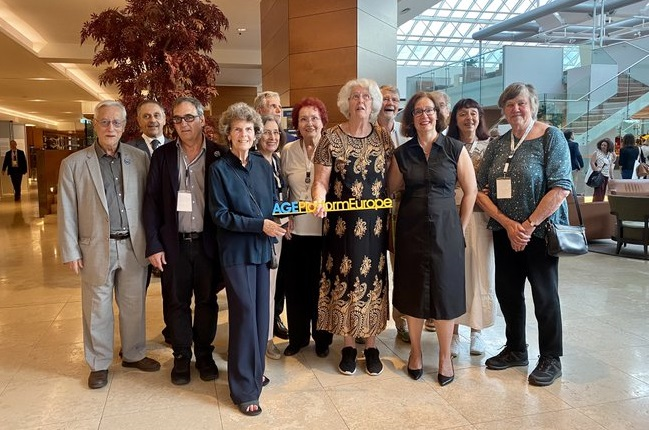 Q: Why did you join the SDD project?

Protection against age discrimination, promotion of equal rights and participation are cornerstones in the agenda of AGE Platform Europe (AGE). These principles are sustained and promoted by the European Union at policy level. In its objective of building a ‘Union of Equality’, the European Commission developed a Gender Equality Strategy as well as an anti-racism Action Plan. The aim of these two strategies is to set out actions to tackle inequalities that arise within the European Union. Although these strategies do not exclude older people – human rights concern regardless their age – older people face different forms of discrimination, that sometimes intersect with each other. Some older people can suffer from both ageism and racism, creating unique forms of discrimination. The Erasmus+ funded “Smart for Democracy and Diversity“ was the opportunity to address these forms of discrimination and raise awareness on these issues through an interactive game. For AGE, the idea of a project working on these topics represented a perfect match. Thanks to SDD, AGE members will be able to access a high-quality game and dedicated materials to carry on their activities against prejudices and stereotypes at grassroots level. Thanks to SDD, AGE secretariat will be able to develop policy recommendations addressed to European policy-makers, thus reinforcing its work against ageism, racism and defending a human-rights based approach at European level.

Q: What did you like most thus far in the project? Why?

The project allowed AGE staff to get acquainted with the world of online games and appreciate the relevance of such “smart“ tool to foster participation and equal opportunities. These is such a taboo around ageing that it is very often portrayed as something very negative. A majority of people prefer avoiding talking about ageing while others see it as something that does not concern them, yet. This leads to a further visualisation of older people’s lived experiences and issues. But if we do not talk about ageing, how can we tackle ageism? We see the SDD game as a creative and alternative way of addressing ageism. It will allow to initiate reflexions and discussions on ageing and age discrimation. With such an interactive and passionate game being ready soon, the fun is yet to start!

Q: What is the most important thing you learned or take away from the project thus far? Why?

Thanks to the project, AGE had the chance to appreciate the cooperation with new partners and the rich expertise across the consortium. The SDD game is a great tool to build bridges between the project and policy worlds. Meetings are opportunities to learn about new content, share insights and bring some interesting ideas and nice smiles!

Q: What are the next steps you will work on in the project?

AGE will be working on developing European policy recommendations and organising a European Multiplier event in June, to raise awareness on ageism, racism and hate speech, and to promote the project’s resources and messages to European stakeholders.

In the spotlight: AGE Platform Europe