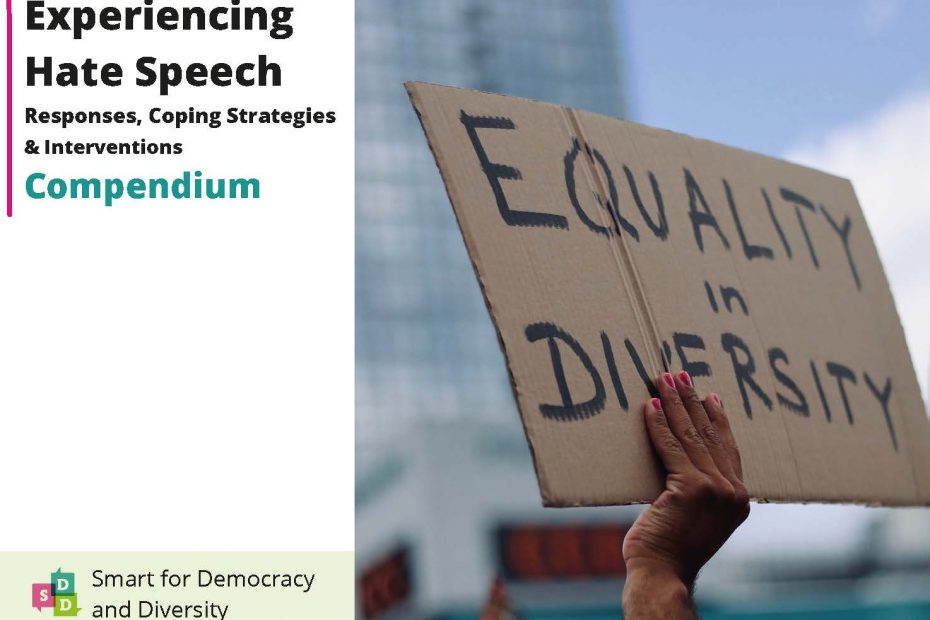 Based on various interviews with people who experienced hate speech and national reports from our project partner´s countries, the SDD Compendium “Experiencing Hate Speech: Responses, Coping Strategies & Interventions” was developed.

Since most of the applied and academic research about hate speech and hate crimes focuses on the perpetrator´s perspective, this compendium emphasizes the views of individuals, who are affected by those actions. By analysing real cases of hate speech and racism and giving voice to different people affected by hate speech, the compendium also shows concrete options for action in these situations – not only for the so-called “victims” but also for witnesses of hate speech.

The SDD Compendium is based on six national reports from the project partners’ countries. It provides an introduction to different terminologies and perspectives relevant to discrimination (specifically: hate speech) and analyses different contexts and strategies of dealing with and reacting to hate speech. Furthermore, options for action are proposed based on the interviews.

Are you interested in our findings? The SDD Compendium is available in English, Czech, Dutch, French, German, Italian and Portuguese :

These and other documents are also available in https://sdd-game.eu/publications/.