Meet Marion, story of a gypsy in Europe 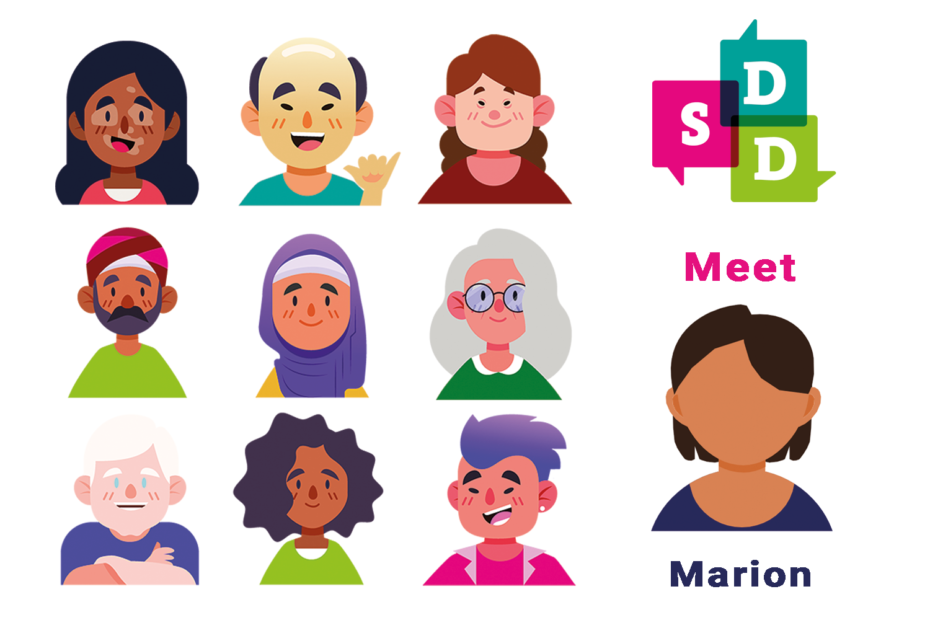 Today we continue with Marion, daughter of Roma mother and Portuguese father, who will tell us more about the discrimination and hate speech she experiences.

Marion lives in the Portuguese city of Coimbra. She is 61 years of age and already has great grandchildren. Marion has a Roma mother and Portuguese father, and she proudly maintains many Roma habits, although for example not the way she dresses. The mother’s family is from Lisbon and all her Roma relatives in that city have work, namely in the industry, and are socially well integrated. She feels that in Coimbra the Roma community is not united; Porto, Lisbon, Leiria are different realities, in which groups stay together and carry out many initiatives related to their traditions. In Coimbra she has more non-Roma friends.

Since 2008 Marion has been involved in several inclusion projects such as CriArte; in this context she worked for a year and a half and in the remaining time she has received training grants or subsidies. She only had discounts for social security for a period when she did home cleanings and, afterwards, for the year and a half she worked for Cáritas. Her husband sells pastry in a trailer, but the pandemic has made the business very difficult.

When her children were young, she felt a lot of discrimination.

For example, once at the Paediatric Hospital, there were a lot of people and her daughter had a high fever and was vomiting. When she said it was taking too long and her daughter was very ill, the lady at the desk said “you gypsies have the habit of arriving here and think you have to be taken care of right away”. The lady went to call other professionals inside and said “there is a gypsy woman here who is already shouting she wants to be seen”. Marion replied that she had an identity card and a name and that the name was not Gypsy. A doctor appeared and smiled and said not to worry, that he was going to see her, and he did so in a very nice way.

Marion recalls another example. She was walking in the street with her mother and a lady was feeding the baby on the balcony and when she saw them she said: “look baby, eat, there is a gypsy woman coming who steals babies who don’t eat”. Marion’s mother replied that Roma people do not steal babies and that it would be better to be careful with your own race, which abuses children. Her mother had a more expressive speech than Marion, who likes to work things out well; defends herself in whatever way is necessary, but with education. If Marion was in a situation of serious discrimination, she would call the police.

In her town, she thinks people do not give work to Roma people; the whole family applies for several vacancies very often and schedules interviews, but they are never called. There is the idea that the Roma steal and don’t want to work, but nobody gives them work. Some of her family members had to change the town because of that to find a job.

Marion thinks that work is the most important. Having an entry and exit time, knowing the rights and duties is very important for self-esteem and self-image. It would be better to work than receiving aids. Even because the money is not enough and leads many people to commit crimes or enter into dark businesses, which again discredits their image.

Tags:DiscriminationHate speechRacismSDD
previousTobias: being discriminated against because of his skin colour
nextMeet Romana, who left her partner after experiencing domestic violence