Meet Romana, who left her partner after experiencing domestic violence 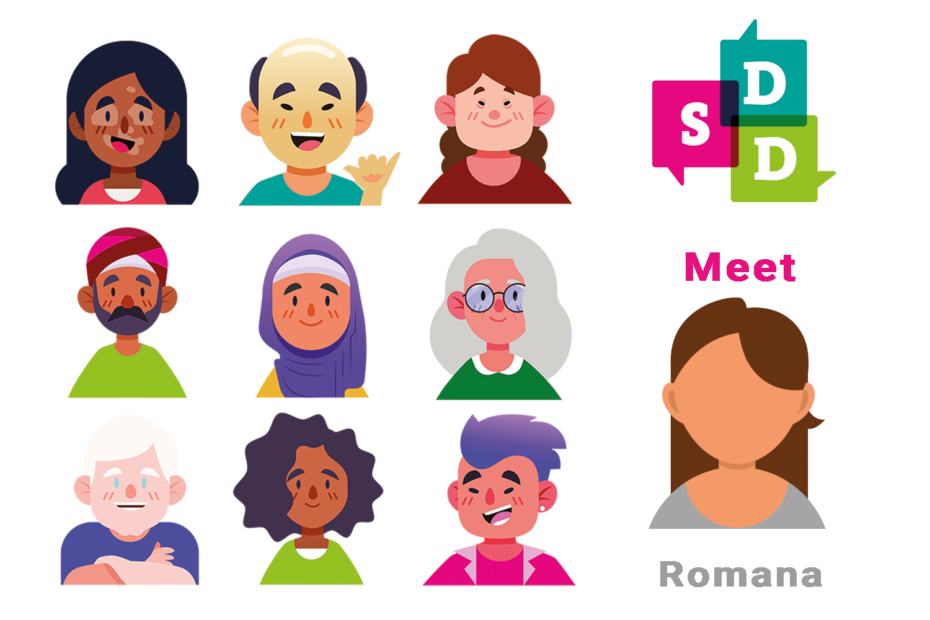 Today we continue with Romana, who left her partner after experiencing domestic violence and will tell us more about the discrimination and hate speech she experiences.

Romana is a 40-year-old woman from Czechia who left her partner seven years ago after experiencing domestic violence. She has two children from this relationship and is raising them by herself. At the time when she left her partner she converted to Islam. Since then, she has experienced verbal attacks both from her ex-partner and in public. She raises her children to be open and let them choose their own beliefs. Her older daughter also converted to Islam.

Romana is not publicly active and, therefore, has no experience with online hate speech. Nonetheless, she often experiences discrimination in public spaces, mainly in public transport and at bus stops, places where large numbers of people gather and are impossible for her to leave. She has also experienced discrimination in shops and commercial areas but less frequently; Romana says that people only “jabber” there. The situation always evolves in a similar way: the aggressor notices her in a group of people and starts attacking her verbally. Aggressors are primarily male. Younger boys and teenagers tend to mock her (shouting “Bomb!”), older men and senior citizens swear at her. Romana also notes that perpetrators are often also drunk.

Romana reports that she has never experienced help or support from bystanders. She describes the worst situation she has ever experienced. During a bus journey with her older daughter, an older man and (presumably) his grandson were very rude to them for the whole journey. The man kept telling his grandson that “If you see a gipsy or a Muslim, you must kill them there and then.” No one stood up for them. Finally, when they got off the bus, they both burst into tears.

This experience has led Romana to start avoiding situations where there is a risk of verbal attacks which means avoiding public transport. This has caused a significant limitation to her mobility. Before the pandemic, Romana liked to visit Wenceslas square in Prague city centre, because it used to be crowded with tourists from all over the world, including from Muslim countries, which made her feel safe. Now this is no longer possible for her.

She usually walks around the city with her head down, trying to avoid eye contact. She only feels safe at home or at religious meetings organised by the Muslim community.

Similarly, she only seeks work from friendly Muslims. Outside the Muslim community, she would only work in jobs that do not require personal contact with customers or colleagues (a call centre, for example). Working in a kebab kiosk, cleaning embassies, or babysitting within the Muslim community are acceptable choices for her. During the Covid-19 pandemic, home office work has been very pleasant for her.

Romana ignores milder attacks and only deals with the worst ones by talking about them at home or with friends. After a while, the pain caused by these experiences usually subsides.

Romana doesn’t want to move and leave the Czech Republic because she does not understand why she should give in and be driven out of her home. Likewise, she knows that she can stop wearing the headscarf or start wearing something else. She knows ‘sisters’ who have done it but she does not want to do it. Romana’s experience with institutional support is mostly negative. In her domestic violence case, the police wanted evidence, recordings, etc. but it was impossible to obtain them given the nature of the crime. The case was treated as an allegation without the required evidence and, therefore, her ex-partner was not convicted. Her younger daughter experienced bullying and consequently psychological problems at school but no one at the school helped her. The experience with the Child Welfare Authority was explicitly bad. The local authority constantly questioned Romana’s ability to take care of her children, which, according to Romana, stemmed from its hostile attitude towards Islam.

The only positive experience she has had was with a lawyer from the Muslim community who helped her both in court when dealing with her ex-partner (where Romana also appreciated the fact that he, as a man, played a protective role) and with the Child Welfare Authority. The lawyer’s intervention led to a replacement of the official dealing with her case.