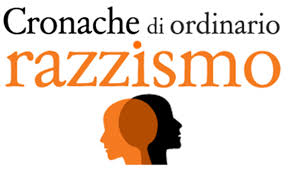 Between 1 January 2008 and 31 March 2020, Lunaria has documented 7,426 cases of ordinary racism, summarized in five white books on racism in Italy published on a yearly basis. In the fifth Chronicles of Ordinary Racism in Italy white book, the most recent documented cases are told with five introductory analysis contributions and twenty-two exemplary stories, chosen because they have had a significant judicial process or because they show the different forms that the interaction between discourses, policies and discriminatory social behaviour can take. The analysis is made possible thanks to the campaigning and daily work of monitoring, reporting, information and awareness-raising carried out through the website www.cronachediordinariorazzismo.org

The theme at the heart of the fifth white book is the tight, systemic and perverse interweaving of the bad words of those who matter, the distorted representations of those who tell, the violent offences of those who comment online and the physical racist violence carried out individually, in groups or, perhaps, using the power coming from an institutional role. The English version of the fifth white book, as well as the details of the Chronicles of Ordinary Racism campaign are available on http://www.cronachediordinariorazzismo.org/english/