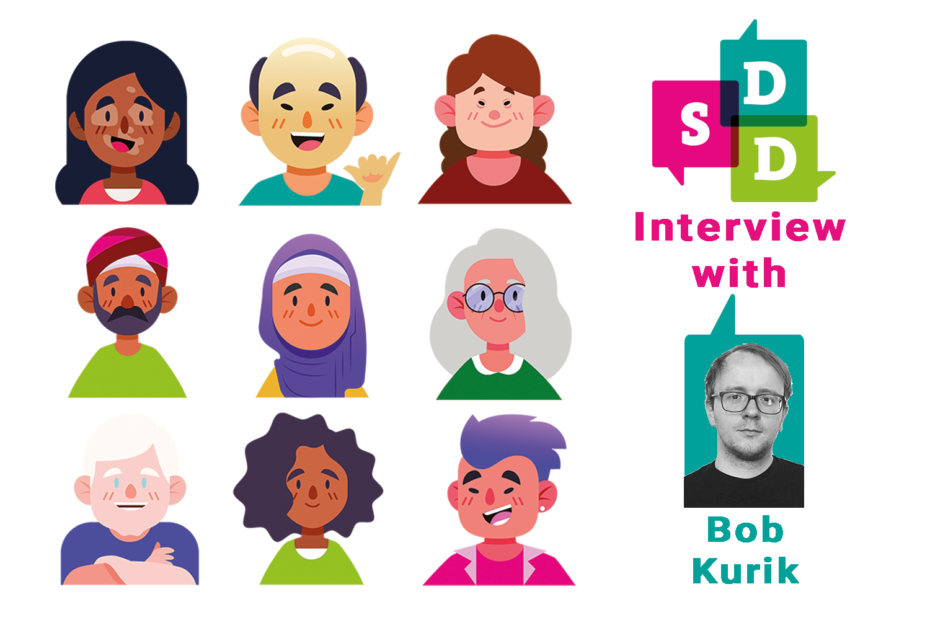 To daily face racism or hate speech is one time event that leads to a 1,000 needles that hurt European citizens every day. This is affecting the lives of many European citizens who look or are different from mainstream. The tragedy of non-intervention is another striking learning point from the experts who are involved in the Smart for Democracy and Diversity project. Bob Kurik, anthropologist from Charles University Prague (CZ) pledges for a culture of civic courage.

His entire life, Bob is interested in civic engagement and activism. Anti-racism is one of his main goals to fight for. This is mainly due to the fact that some of his friends, who have a Roma background, are confronted with racism and hate speech daily.

His drive to combat racism, is also one of the reasons why he joined the Smart for Democracy and Diversity project. It also gave him the opportunity to work with the project coordinator, Jesper Schulze, who he knows from the time when he lived in Germany. The pragmatic approach also attracted Bob to step in, and the opportunity to learn more about online gaming. The rise of racism during the last decade is another reason to join. Bob notices that people who are affected by racism, have to deal with it almost every day.

In the SDD project, Bob liked thus far most the willingness of people to participate in the project. Not as interviewees only, but also to act as experts in workshops to provide feedback on the elaborated scenes and game structure. He is happy to see that so many people are engaged and he learns a lot from them. Secondly, he likes to cultivate the European perspective on discrimination and racism. Praising the existence of local differences, but there are many common European grounds to be found on the topic.

Bob learned in the SDD project that many interviewees are confronted with everyday racism. This is affecting their lives in many ways. One event can lead to 1000 needles that hurt every day. As second important issue, Bob learned about the tragedy of non-intervention: bystanders remain silent, ignore racism or think that is not their business. We need to develop a culture of civic courage.

Next steps of Bob in the project are to collaborate with the game development and to include the feedbacks from the workshops. Bob and his colleagues are promoting the SDD compendium in a podcast in Czech Republic. Finally, Bob is organising the partner meeting in Prague at the end of May and hopes to show the partners a lot of nice things of Prague.